Paradise's Story About Whitey The Mouse 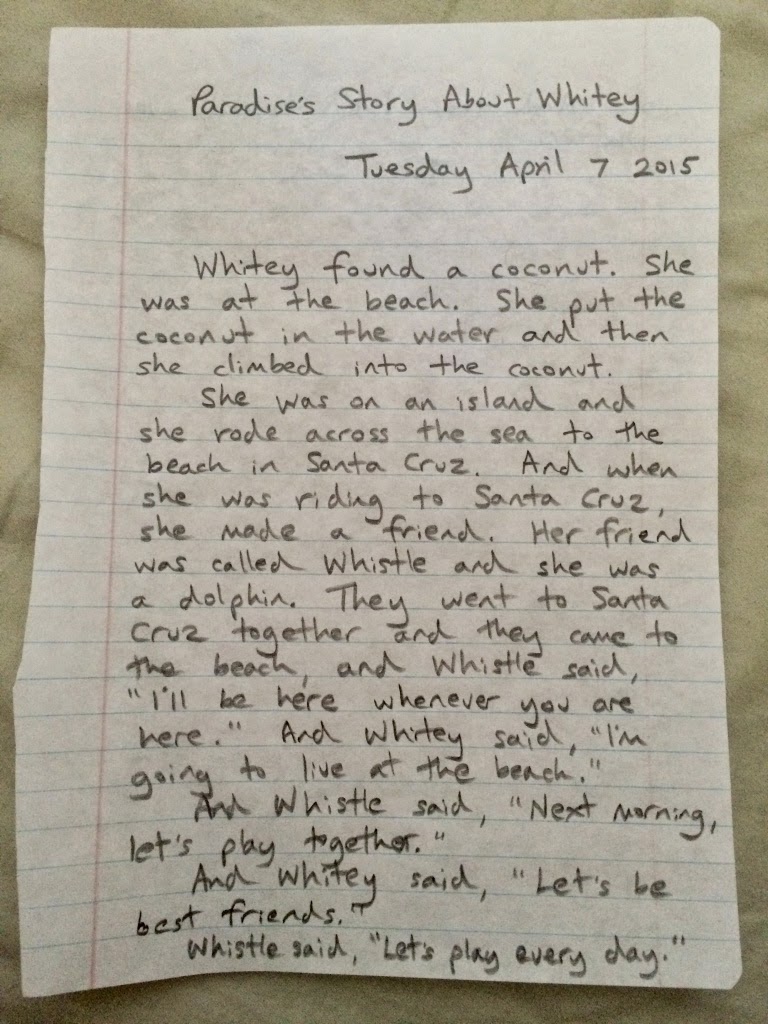 Our six year old daughter Paradise had a big day this week. On Tuesday morning, she wrote (or dictated) four stories in a row, each one quite magical. In the afternoon, she learned to balance on her bike - and rode for two or three miles with us a couple of days later.

Of her stories, my favorite was this one, about Whitey, her pet mouse, who sadly died recently...but who lives on in this beautiful tale of her ocean adventure in a coconut and her friendship with Whistle the Dolphin.

Paradise and I actually found a coconut washed up on the beach last year, and imagined that it might have sailed across the great Pacific from Hawaii or some South Seas island. Perhaps it's the very one that Whitey the Mouse traveled here in!