Baltimore and the LA Riots 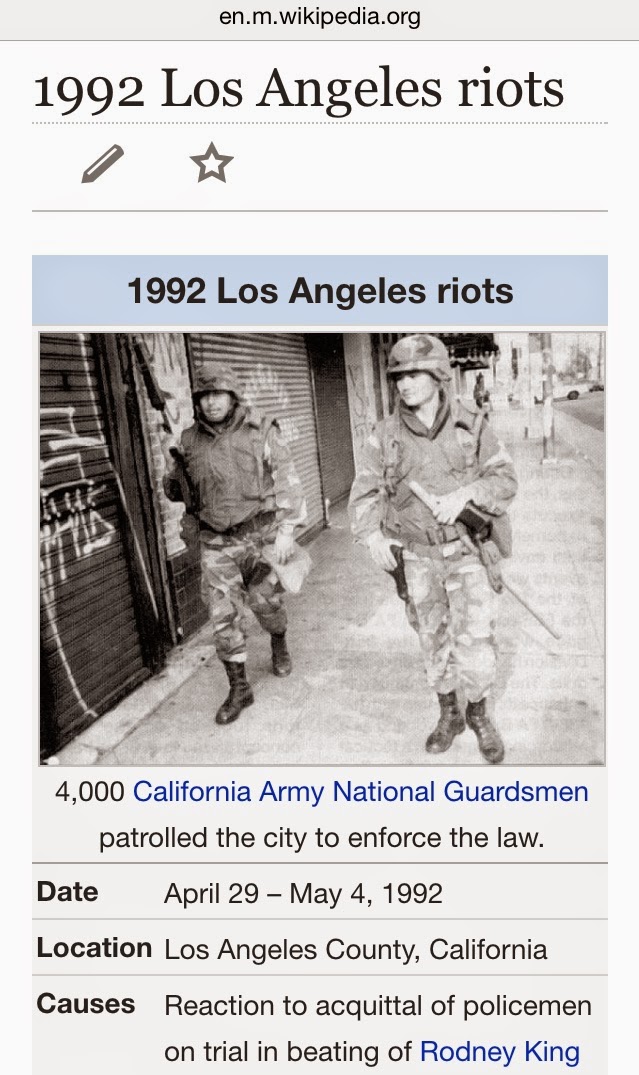 Sad that today is the 23rd anniversary of the beginning of the LA riots. Earlier, I watched video of the Rodney King beating, and what was truly alarming was that, terrible as it was, it didn't look as aggressive as some recent footage of police beatings that I have seen.

The situation in Baltimore following the death of Freddie Gray in a police van, and police violence and racism across America in general, suggest that little has improved since 1991, when King's beating occurred, or 1992, when his police assailants were unexpectedly cleared by a jury, and the LA riots began in response.

It’s by no means one-sided. I have driven with police officers in the most dangerous parts of Miami, and witnessed the aftermath of a man shot in the head on a Friday night - a civilian shot by another civilian. My main memory was that a young female police officer on the scene felt nauseous because she had never seen a man dying before.
But the seemingly endless incidents of violence by police against citizens - mostly black, many very young - demand that we have not only a radical review of policing in this country, but take radical action.
The police are meant to be peace officers, keeping us safe, not keeping us in our place. They face danger and abuse every day - but they have the uniform, the squad car, the weapon, the backup, and almost always the benefit of the doubt.
Burning neighborhoods and throwing rocks are no solution, but the frustration evident in many communities is hardly surprising.
As President Obama said yesterday, in one of the most immediate and open responses of his presidency, “We can’t just leave this to the police. I think there are police departments that have to do some soul searching. I think there are some communities that have to do some soul searching. But I think we, as a country, have to do some soul searching.”