Isserley, Penelope Cruz And The Slow Gestation Of Jonathan Glazer's Under The Skin 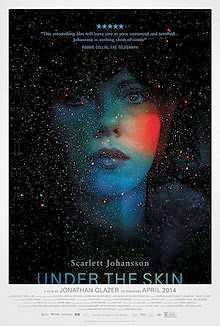 My friend, the film critic Ryan Gilbey, recently wrote this piece for the New Statesman in Britain about my work on the first three drafts of the script of Jonathan Glazer's upcoming film, Under The Skin, released April 4 in the US and already in release in the UK and elsewhere.

Working with Jonathan was a great experience, and Under The Skin itself is an extraordinary piece of work, both in terms of Michel Faber's novel and Jonathan's film.

Ryan's review of Under The Skin is here, and to experience more of Ryan's work, check out the Guardian article about my lifelong friend and collaborator (on Insignificance), the great British filmmaker, Nicolas Roeg, at the end of this blog post from June 3 2012: Nicolas Roeg - His Own Timing, His Own Wisdom and Kindness.

I’ll be reviewing Jonathan Glazer’s extraordinary film Under the Skin in this Thursday’s issue of the NS. For now here is a fascinating insight into some early versions of the movie from the novelist and screenwriter Alexander Stuart, who told me exclusively about his experience of working on the film. He worked on the project more than a decade ago, before Glazer took it in an entirely new direction. (The finished screenplay is credited to Glazer and Walter Campbell.) Very little, if anything, of what Stuart contributed has ended up in the finished movie, but his recollections of working with Glazer—including an extraordinary interlude with Penélope Cruz acting out parts of the script at the Chateau Marmont hotel on Sunset Blvd—provide an illuminating glimpse into the different forms Under the Skin went through in the course of its 14-year evolution:

“Jon and I worked together on the first three drafts. The second one we really tried to collaborate on, with me showing him pages as I went along. That didn’t really work for either of us, and the third draft, where I tried to write as strongly and unusually as I could, was the one I was happiest with, and the one that became a phenomenal writing sample for the studios. It helped get me representation at CAA and I had studio executives reading me my own dialogue, written in a language partly taken from the Michel Faber novel and partly invented by me, using phrases of Swedish and Moroccan Arabic. It was ironic, because it was never likely to be a studio film.

I had been in London working on The War Zone [Tim Roth’s 1999 film, which Stuart adapted from his own novel] when Paul Webster, the Head of Film4, gave me Michel Faber’s book Under the Skin and said, ‘Read this. Let me know what you think.’ I read it on the plane home to LA and told him I loved it, and was back in London to meet Jon in a couple of weeks. Film4 flew me to London from LA as he was readying his first film, Sexy Beast, for release. They screened it for me and it blew me away. I’d just worked with Ray Winstone on The War Zone, and I loved his performance in Sexy Beast.

Jonathan seemed very clear on the type of movie he wanted, but maybe not the specifics. I went back to LA, and he was set to follow. I remember being at my house in Laurel Canyon, waiting for him to arrive and wondering what direction our conversations would take. He’d told me to watch Kubrick’s Barry Lyndon, which I’d seen years before. I was puzzled how this would relate to a primarily sci-fi film. But it did. We set out to make the least sci-fi style film possible. The book was set in Scotland, very close to the bleak northern fishing coast where my father grew up, and I drew on that a lot writing my scripts. Jonathan and I decided that this lonely spot would be the arse end of empire for Isserley, the alien who had landed there and had a job to do.

I remember Jon was fascinated by her physicality. We viewed her as someone horrifically crippled by surgery—a beautiful creature who was naturally four- legged, who had been twisted and broken in order to make her walk upright on two legs—with these enormous breasts to attract men, for a very specific reason. That was a fabulous way into her psyche. That and her loneliness and longing. I really loved her as a character. And I loved a detail from the novel: the car with its needles that could paralyse her passengers at the touch of a button from her. I remember Penélope Cruz asked to have a drink with me at the Chateau Marmont—she was kind enough to ask me to write a film for her—and she had read my third draft of Under the Skin, and she loved this detail of the needles closing on Isserley’s unsuspecting male passengers. She acted it out for me, in the garden of the Chateau. Sadly, I think that detail is gone from the film now.

Jon would show me the photographs of Sebastio Salgado (Workers: Archaeology of the Industrial Age) and we would look at these stunning pictures of semi-naked, impoverished miners climbing rickety wooden ladders up mountainsides in Brazil, and he would tell me about dreams he had had of creatures running on the African bush (Jon had worked in South Africa), and it all swirled around in my head with the extreme Scottish setting of the plot. We even discussed shooting Scotland in Iceland, so that it would be a Scotland you had never seen before. It became this perverse, dark, dreamlike territory—constantly informed, at the same time, by the formality and story of chance and social disruption of Barry Lyndon.

It was a fabulous time, literally like working on a Fellini movie, with anything possible. Jon is probably one of the coolest and most fascinating people I’ve worked with. He’s a great guy, although given to pronouncements like, ‘One day it’s a horse, the next it's a chair’, which aren’t always the most helpful when you’re writing the script, though they are intriguing. I’d worked with Nicolas Roeg, who’s a lifelong friend, and he is extraordinary—but Jon is pretty visionary, too. He is very connected to his subconscious. It’s alive for him.

Around the same time—and this was just before the events of 9/11, when few people paid any attention to the Taliban in Afghanistan—we looked at a documentary of the Taliban, Beneath The Veil, in which people were driven around a football stadium and publicly executed, and decided to draw on elements of the Taliban as the most alien society we could imagine. And then, shortly after I finished one of the scripts, I remember walking in the hills in Laurel Canyon and seeing literally masses of black crows, and I think a few hawks, filling the sky. It felt strange, like the script I had been working on for Jon. And I came home to my wife, Charong, and said, ‘Something’s going to happen.’ I thought it was going to be an earthquake but we woke up the next morning to the planes crashing into the towers. And suddenly the Taliban, whom I’d been studying for the script, were everywhere.” 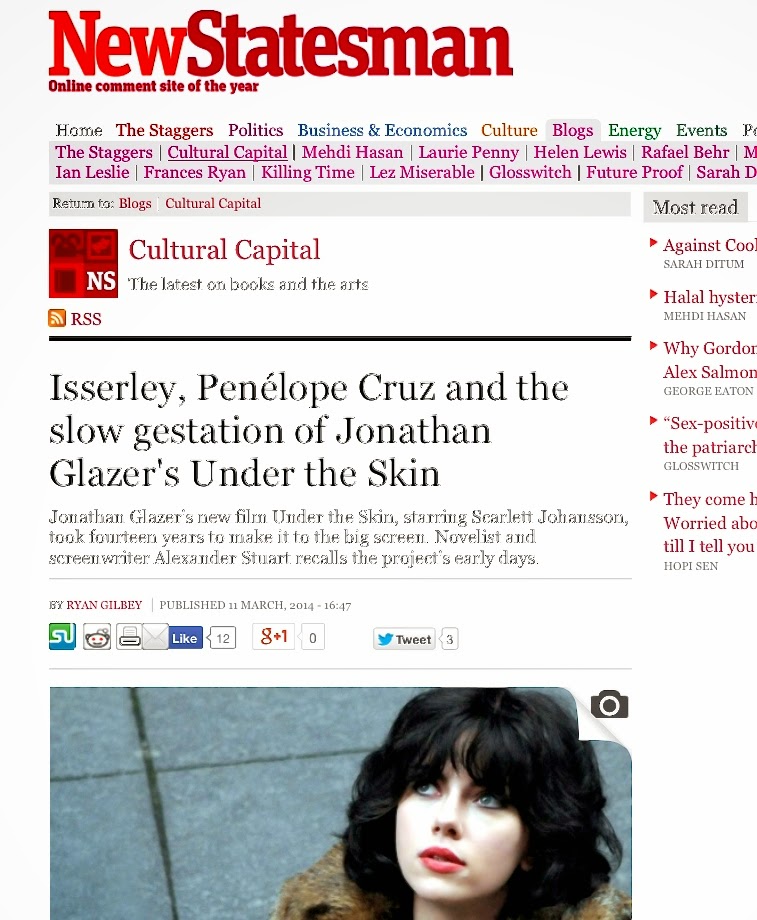 Reproduced courtesy of Ryan Gilbey and the New Statesman.