The Crimson Wing - A Wonderful Film About Flamingos 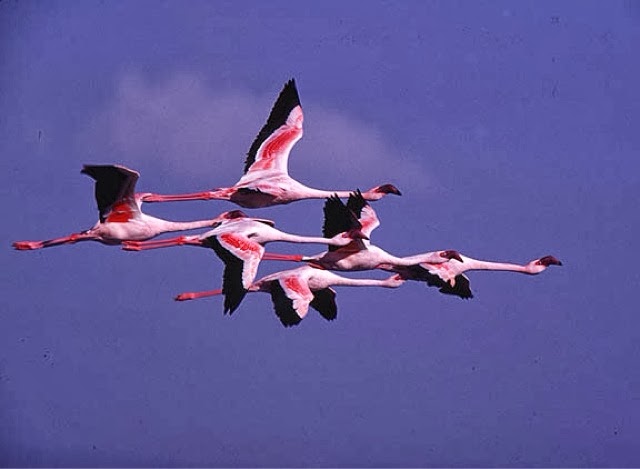 A week or so back, our five year old daughter and I were searching through Netflix for a nature documentary to watch when we chanced upon The Crimson Wing: Mystery of the Flamingos.

We started watching and were quickly entranced not just by the flamingos themselves, but by the extraordinary nature of the cinematography and the astonishingly vivid colors of these curious pink birds (scientists still do not know for sure why they often stand on one leg: perhaps to conserve heat in cold water, although they do it in warm water, too) set against the deep pure blues of the water and sky of Tanzania's Lake Natron. 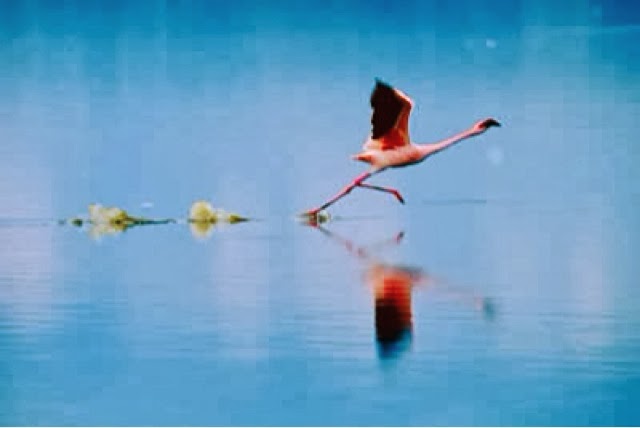 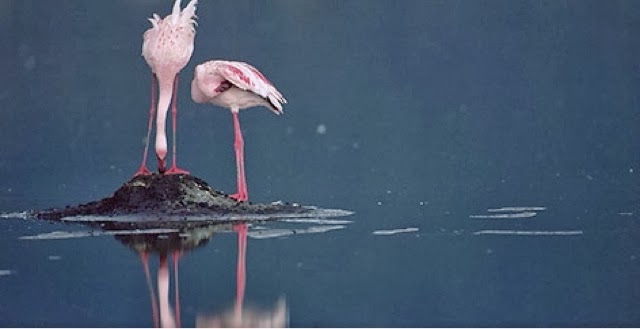 When the film ended - after a beautiful and moving time spent getting to know these birds' lives, much as you do in the widely acclaimed, Oscar-nominated French documentary Winged Migration (a must-see, as is The Crimson Wing) - I noticed that one of the producers was an old friend, Paul Webster, with whom I worked on The War Zone and many other projects.

I emailed Paul, to say how much we had enjoyed the film - but also to ask if any of the colors had been pushed (digitally or otherwise) to enhance the powerful contrasts of pink and blue, so striking were they. 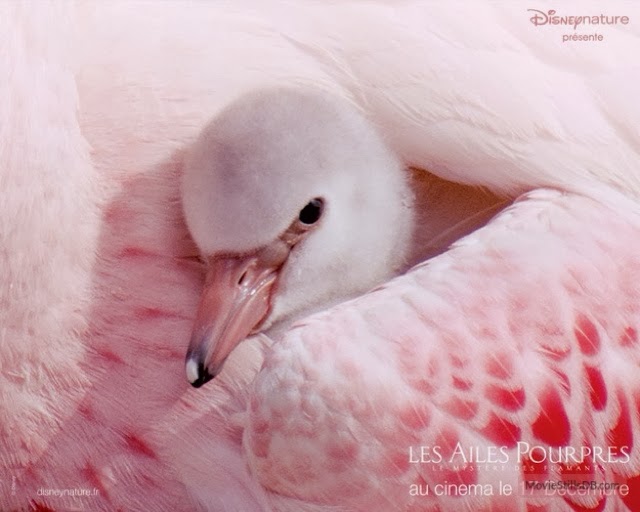 Paul replied that all the colors in the film were real, and that making it - and making trips to Lake Natron - were among the most extraordinary experiences he has had.

The film is a 2008 British-French-American nature documentary from the Walt Disney Studios' nature film label Disneynature, codirected by Matthew Aeberhard and Leander Ward.

It is available (in the US) to stream from Netflix - and it is really worth watching. 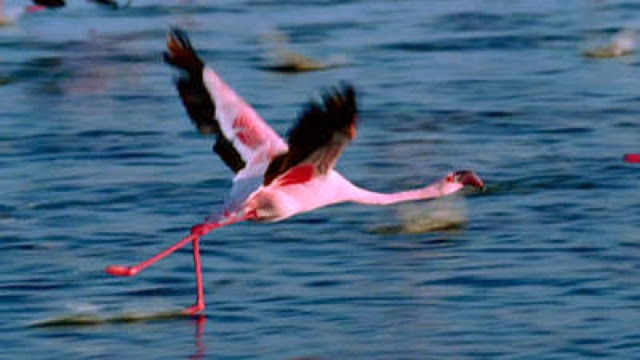