This story about the Chinese government's reaction to the encouraging news that this year's Nobel Peace Prize has been awarded to Chinese "dissident" Liu Xiaobo is from CNN. President Obama has called on China immediately to release Liu Xiaobo from prison.

Beijing, China (CNN) -- With news media across the globe reacting to this year's Nobel Peace Prize announcement, authorities in the winner's homeland are racing to delete his name from all public domains.

Type "Liu Xiaobo" -- or "Nobel Peace Prize," for that matter -- in search engines in China and hit return, you get a blaring error page.

It's the same for the country's increasingly popular micro-blogging sites. "Nobel Prize" was the top-trending topic until the authorities acted to remove all mentions of the award.

Propaganda officials have also pulled the plug on international broadcasters -- including CNN -- whenever stories about Liu air.

Text-messaging on mobile phones is not immune from censors, either. A Shanghai-based netizen, @littley, tweeted his unfortunate experience: "My SIM card just got de-activated, turning my iPhone to an iPod touch after I texted my dad about Liu Xiaobo winning the Nobel Peace Prize."

For most ordinary Chinese, the only glimpse of the story came when an anchor read a short statement from the foreign ministry on state TV, blasting the Norwegian Nobel committee's choice of an imprisoned Chinese dissident for the prize "a blasphemy."

Chinese news consumers are no strangers to such blackouts.

The Chinese government, in its effort to control the flow of information, has long blocked some of the world's top social networking sites - including Facebook, Youtube and most overseas-based blogging services.

Disagreements over Internet censorship led to a war of words between Beijing and Google early this year, leading the search engine giant to redirect its Chinese services to Hong Kong.

Frustrated netizens have dubbed the state's extensive Internet filtering system the "Great Firewall of China," which is said to employ the world's biggest cyber police force to monitor the world's biggest online population of more than 400 million people.

An increasing number of mostly young, tech-savvy users, however, have learned to rely on proxy servers to circumvent the censors and log on to banned sites like Twitter, where the mood was ecstatic Friday night.

"We finally have our own Mandela and Aung San Suu Kyi," exclaimed @xieyi64.

"How come I feel today is the real National Day?" tweeted @joeliang, referring to the just-ended week-long holiday marking the 61st anniversary of the People's Republic.

Echoing their sentiment, many Twitterers -- based in China according to their profiles -- admitted they have cried in joy upon hearing the news.

Others expressed admiration for the Norwegian Nobel committee for its decision despite Beijing's stern public warning against it.

"Thanks for giving China a glimmer of hope," tweeted @Frankus21, while many more said they paid their tribute to the Scandinavian nation by eating a celebratory dinner featuring salmon, arguably Norway's most famous food.

With the news blackout there was also little criticism online of the Nobel award.

But some of the online enthusiasm has even spilled into the real world. A witness told CNN a small group of people gathered at Temple of Earth Park in Beijing to celebrate Liu's winning, only to be quickly dispersed by local police.

All the excitement aside, Chinese Internet users don't see their government loosening its grip on the media - old or new - anytime soon. They do hope, however, that their collective voice online will help push for Liu's early release.

Liu's wife, speaking to CNN after the announcement, certainly counts on these messengers to spread her husband's story.


"People who want to find out the news will be able to do so," Liu Xia told CNN under the watchful eyes of police in her apartment, when asked about China's censoring of the story. 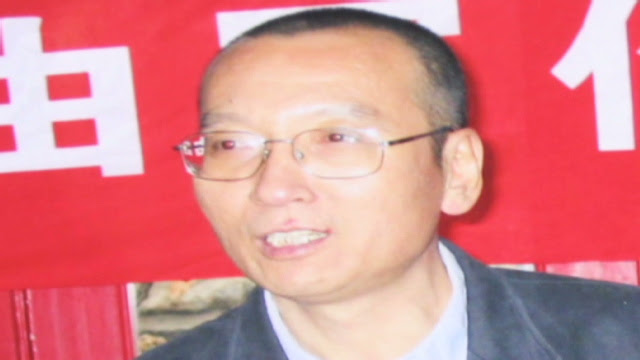 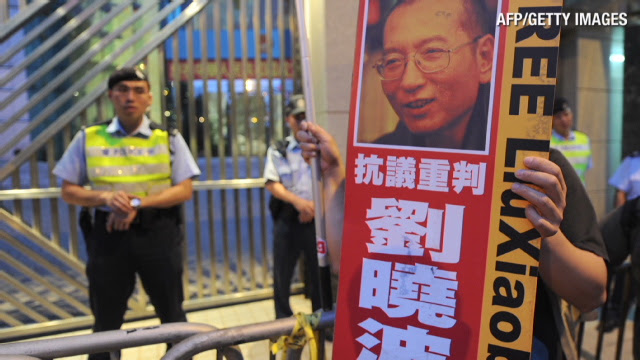 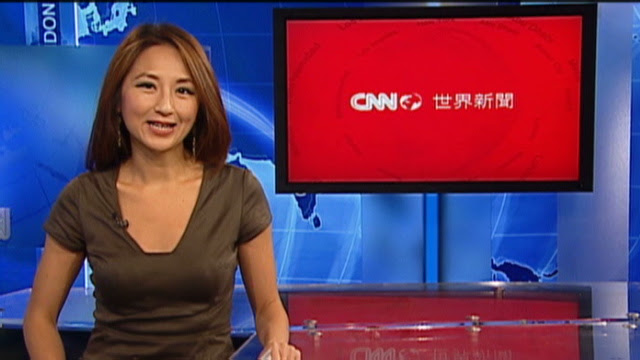 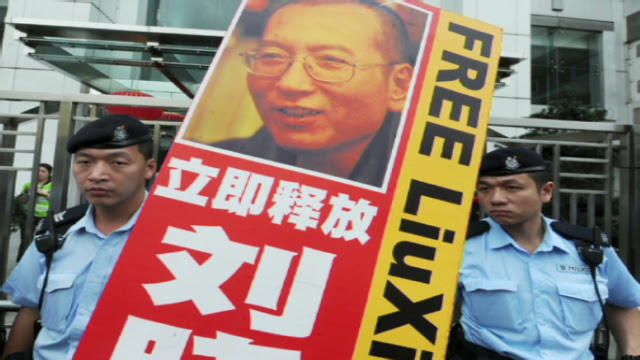