It's vital, I think - especially as the father of two young children - to have some moments in the day of silence and stillness, time in which you can be totally "alone" and quiet and reflect on who fundamentally you are, and ask the question: what is this world - this extraordinary and beautiful though sometimes savage - cosmos that we live in?

For me, that time is early morning, sometimes very early morning. I especially love the dawn, although often I wake to write much earlier, sometimes as early as 3am or 4am. (I mostly go to bed early and I only ever wake naturally; I would not be so happy getting up at 3am if it were forced on me by an alarm.)


In summer especially the dawn is a truly magical time, especially when it is warm enough (it usually is in Los Angeles, although this summer has been unusually cold) to sit outside by the large Buddha in our garden and meditate.

I have been a Buddhist for about 20 years, ever since the death of my first child, my son, Joe Buffalo, at the age of five from cancer. My GP at the time in Brighton, England - who was a woman, a Buddhist, a homeopath as well as a regular doctor, and also an acupuncturist - first taught me Mindfulness of Breathing (anapanasati in the ancient Pali language) and then introduced me to a local Buddhist center, where I learned other techniques of meditation and experienced, remarkably quickly, an astounding sense of peace and bliss - or joy, if you prefer a simpler word.

Since then, and since my move soon after from Brighton to Miami Beach and then, eight years later, on to Los Angeles, I have continued to meditate at some point most days of my life.

My meditation is very relaxed, I do not believe that it should be something I approach as an obligation or a burden. I practice it more for peace, for relaxation, for good health and for calm and a sense of oneness with everyone and everything - plus a reminder, each day, of how tiny I am in the scheme of things and how incredibly beautiful is the world that surrounds us.


This piece is not intended to try to convert anybody to Buddhism but merely an acknowledgment of the incredibly vital role it plays it my life.

Each morning, as I drift in and out of the "focus" of my meditation - a single point of thought or non-thought, an escape from the constant "chatter" of the brain even with itself - I find myself thinking not only of how much I love my family now, my wife and children, but how close my first son, my sister, and both my parents - all whom have died - still feel to me.

If I am lucky enough to sit outside, I also experience the quiet song of the crickets, the smell of the earth from the sprinklers, the wonderful silence of our neighborhood - and also I am joined in my stillness by our two rabbits and four chickens, who have the run of the garden and who approach me often while I am still, and sometimes sit in my lap.

I have various favorite verses from the Dhammapada (the Buddha's Teachings) and the Bhagavad Gita that I know by heart and reflect on, and little personal mantras that I have created for myself over the years.

I also find myself, pretty much every single day, reciting in my mind one of two passages in particular from T S Eliot's Four Quartets, a book of spiritual and metaphysical beauty that I would easily rate alongside the Dhammapada and Gita. Both of these betray not simply exceptional writing but also extraordinary wisdom, and - as with the passage that follows - I find something different to consider every day that I recall them:

(Even the punctuation of these lines is exceptional and seems to alter their meaning each time I read them, which I do occasionally to refresh my memory.)

Eliot's verses, and my own musings, tend to make me reflect on our planet's place in the Solar System and the wider cosmos, and - strange though it may seem in terms of how ancient meditation is - I sometimes look at the Planets app on my iPhone, since it shows the position of all the planets in the sky in real time - and also offers a quite mesmerizing rotating view of our world (and any of the other planets and the Moon), in darkness and in light, so that you can see where dawn is breaking and where night is beginning.

I find that looking at that each day reminds me of how beautiful our world is, and that it is one, and we are all one - an equal part of it, whether in Africa, Europe, Asia, the US, or any of the tiny islands that dot our magnificent oceans. 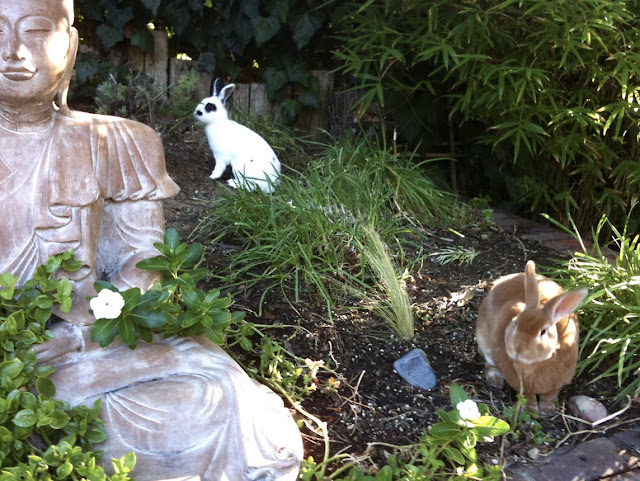 As well as outside, I have meditated, too, in darkness - sometimes in the darkness of the bedroom where our young children were sleeping with their mother.

As I listened to the different pace of their breathing, enjoying identifying each, I realized how much I love being called Baba (the Chinese form of Daddy; my wife is Chinese-American), and how that means more to me than my own "given" name.

I realized that who I am to my children (who are six years old and 20 months) - which is hopefully a warm and loving father rather than an assimilation of my life's activities and missteps, my "achievements" and friendships - means more to me than anything, and that in fact we define ourselves far too much through our "names."

Names are useful, they even have a power of their own (anyone who has spent time naming a child will know how difficult it is to find a name that you pray your child will enjoy living with), but they are not "us."

"We" are "us" - by which I mean that we are indefinable. We are, to use T S Eliot's perfect phrase, "Neither flesh nor fleshless" - which is just one of the reasons I find that passage from the Quartets so remarkable to think about each day.


I will end this meditation on meditation with another brief passage from Eliot; perhaps my most favorite of all. I recite this to myself every day and I find it at once strangely comforting and thrilling - and always with a different meaning. I love the ocean, it is in my blood (my father grew up in a tiny Scottish fishing village), so the line beginning, "Out at sea," has particular significance and beauty for me.

"Dawn points, and another day
Prepares for heat and silence. Out at sea
the dawn wind
Wrinkles and slides. I am here
Or there, or elsewhere. In my beginning." *

I cannot think of a better way to begin each day than with the profoundly stirring and mysterious - and inspiring - ten words that conclude that verse. How better to think of each day than as, "my beginning"? And we are all everywhere and nowhere.

In fact, in closing, to quote another extraordinary line, this time from John Lennon's beautiful song, Instant Karma:

"Why are you there
When you're everywhere?"

*T S Eliot's remarkable Four Quartets is available from Amazon and hopefully every bookseller on the planet.

Photograph by Dwayne Moser. This beautiful apartment complex in Los Angeles is called the Hightower or High Tower Complex (the High Tower name refers to the central elevator, I believe), and was designed in 1935-1936 by architect  Carl Kay - and made famous in 1973 by my favorite film, Robert Altman's The Long Goodbye (see Why I Love Robert Altman's The Long Goodbye ). Although Altman used the building as Philip Marlowe's apartment in his somewhat post-modern Long Goodbye (the film plays with references to Old Hollywood and opens and closes with the song, Hooray For Hollywood ), the building has another direct connection to Raymond Chandler. It was apparently the inspiration for Chandler in his book, The High Window (the first Chandler novel I ever read), in which Chandler describes the residence of Philip Marlowe as being on the cliffs above High Tower Drive in a building with a fancy elevator tower. (Thanks to the Society of Architectural Historians Southern
4 comments
Read more

Sade in concert in San Jose. All concert photos  Copyright  © 2011  Alexander Chow-Stuart. On Thursday evening, we saw our longtime friend Andrew Hale perform with Sade at the HP Pavilion in San Jose, in one of the most beautifully conceived and produced concert performances I have ever seen. Sade is a rare musician, in that she and the band only write, record and tour every eight to ten years, so that in a very real sense you can measure your life by her. The band's music is always fresh and always newly conceived - for their previous album, Lovers Rock , they stripped everything down musically to a minimalist sound and banished the saxophone that had been so much a part of Sade's heavily soul- and jazz-influenced style. The latest album, Soldier of Love , released in 2010, is one of the most tender, moving collections of songs yet, from the astonishingly beautiful Morning Bird , which features exquisite keyboards from Andrew, to the soulful, retro, return-
Post a Comment
Read more

Wong Kar-Wai's In The Mood For Love. Wong Kar-Wai's In The Mood For Love is an incomparable film, beautiful in the way music is beautiful. You can enjoy it for its narrative or you can enjoy favorite passages, over and over again. It is one of my go-to films, for reflection, meditation and sheer pleasure. The quote below, provided by youmightfindyourself on Tumblr , is a fascinating allusion from Wong Kar-Wai, comparing In The Mood For Love to Vertigo. They are both unforgettable films. Wong Kar-Wai states he was very influenced by Hitchcock’s Vertigo while making this film, and compares Tony Leung’s film character to James Stewart’s: “The role of Tony in the film reminds me of Jimmy Stewart’s in Vertigo. There is a dark side to this character.  I think it’s very interesting that most of the audience prefers to think that this is a very innocent relationship.  These are the good guys, because their spouses are the first ones to be unfait
Post a Comment
Read more